That is so not how to launch a digital product and 3 Ways to do Better!

Recently, I was involved in the development of a few online courses for a client. The day that courses went live, they had one person sign up…with a database of over 50,000.

Let me just say for the record – that is incredibly bad! Like really awful. Like almost the worst.

Yet, they were high-fiving over this one sale on launch day.

So, what went wrong?

There is only one answer for this…they didn’t know how to launch the product.

When asked what they did to launch the online course, I was told that they sent out a couple of emails, posted on social media and had the sales team mentioning it to clients. They mentioned it at an event or two. I’m sure there were some other things, but nothing that stands out.

That was it. That was the extent of their “launch”.

They has never launched anything like this before and were out of their depth. There was no one on site that understood the digital marketplace.

The day this course was launched, they should have easily sold 500 spots.

Yet, they were high-fiving over this 1 sale on launch day. Within 2 weeks, they were SUPER pumped with the additional 7 people that had signed up.

So, what could they have done better?

Here are three ideas they could have used (and still can; do your thing) to improve their launch:

Rather than just add your launch as a by-line in your email campaign or within your social media posts, actually plan just for THIS one product.

Your plan should cover at least 3 months out and it should include a landing page where interested people can sign up to be the first to know when this awesome product is ready. There should be some mystery to the launch, entice, them, tell a story!

Make them WANT it!

What will happen every week, then later, every day to dangle that carrot in front of your audience? Be clear, be ready, have your team focused.

There should be zero “surprise” emails that you just decided to throw out there during this time.

2. FOCUS ON ONE THING

Don’t throw it in with everything else. This ONE product needs its own plan, it’s own marketing. Don’t say, “We just launched 2 new courses”.

Those two courses are for two different audiences, don’t throw them into one. You’ll lose the right audience – don’t make it confusing. Keep it clean; focused.

People want to feel like you are talking to THEM, not brushing them with the same brush as everyone else.

Pick a target and talk to them.

3. KILL IT IN THE HOME STRETCH

In the last 7-14 days prior to launch, really go there with webinars, regular email updates, social updates, live Twitter chats, LinkedIN groups, and more to showcase what it will DO for them, how it will make their life/career better, and the value that can bring to their life, etc.

Know where your audience is on Social and then spend some ad dollars there. Reel them in!

Offer a special “launch date” discount for those who were incredibly loyal, interested, and are drooling to get access to the product you’ve been dangling in front of them.

It should feel like there is no one else out there with a similar product because YOU are everywhere.

Those are just a handful of ways they or anyone launching an online product could level up their product launch.

What other ways do you think would be a great addition to this? Or do think anything I said is off-base? Let me know! 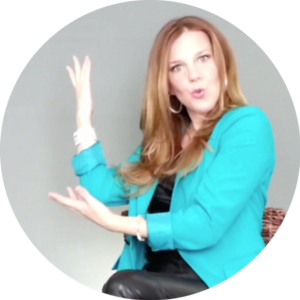 Amanda Ross is the President of SparkologyLab (SL) and the creator of Brand In A Snap (a division of SL). She loves designing stuff in the digital space, trying different curry recipes, and squishing her puppy, Buffy (the people slayer). The topics she shares about are design how-to's, marketing, and digital tips. You can learn more about her on LinkedIN: www.linkedin.com/in/heyamandar

Let's Make Them Rave About You!

Looking for a gorgeous website that also moves visitors from lookey-loos into action-takers?

Cool! Let’s discover what your current website and brand are missing and what needs to be done to make that baby shine like Dorthy’s shoes!

5 Fast and Easy Ways to Secure your WordPress Website

Find out if your website is making it HARD for people to donate money to your amazing cause.